Today, let’s take a colloquial look at automatically granting ingress access to your Elastic Beanstalk apps that need to use RDS resources.

When we first started, we brought up our RDS instance and our Elastic Beanstalk instance. The two weren’t connected. Of course, as soon as the instance tried to connect to the SQL Server, it couldn’t. Why? Because the RDS security group blocks all access by default, only allowing in what you specify.

Until you want to rebuild your environment.

Tearing Down is a Problem

Granting sg-EC2 access to sg-RDS is a manual step. If you attempt to terminate or rebuild the environment, Elastic Beanstalk is unable to complete because sg-RDS has a reference to sg-EC2. To correctly rebuild an environment, you’d need to manually go into sg-RDS and remove the permissions granted to sg-EC2. Of course, as soon as your environment is done rebuilding, you need to set up that manual connection again.

Turns out, AWS warned me about this, I just hadn’t RTFM. They have a whole document on Using Elastic Beanstalk with RDS. In it, they warn about the dependency issue:

Exactly what I said.

The solution is deceptively easy. I’ll write it down and then we’ll unpack it. 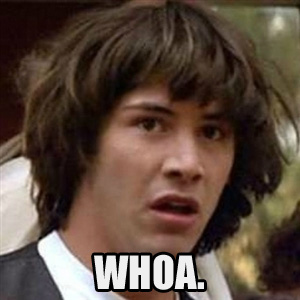 In step 2, we need to setup our EB environment such that any EC2 instance spun up as part of the environment is automatically added to the sg-RDS. By default, it’s given it’s own security group with a name given by EB. That sg is what I called sg-EC2 above. The trick is to add the instances to both sg-EC2 AND sg-RDS. And it’s pretty easy. Check out the screenshot:

With step 1 and 2 combined, the environment can be terminated or rebuilt without the need for manual intervention. The bulk of the document referenced above goes over the steps in more precision.